The blank or mold refers to the molded piece of porcelain. Ohme blanks can be plain and smooth, or have simple or elaborate low-relief designs on the surfaces as part of the mold design. The blanks are fired and initially glazed with a clear glaze. Old Ivory pieces have an additional ivory colored matte glaze.

After the initial firings, the various floral and other designs, including hand painting, are then added and the piece is fired again at a relatively low temperature. To date, approximately fifty different blanks have been identified that were produced by the Ohme factory. Drawings of some of the more commonly found blanks are shown below with accompanying photographs of decorated pieces of porcelain in those blanks. 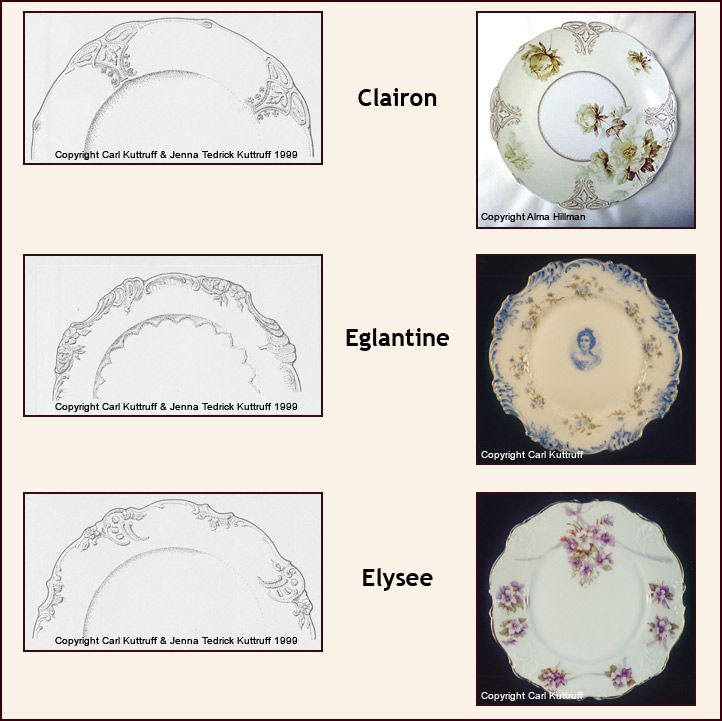 Porcelain factories generally applied identifying marks to their pieces of porcelain to identify the factory as well as other particulars of the piece. Most factories used numerous marks over the years and the Hermann Ohme porcelain factory is no exception. Marks are known to identify the factory, the blank or mold, the porcelain line, the specific pattern and even the artist, as well as others as yet unknown.

The first set of marks are factory marks generally displayed in chronological order.

The most common factory mark appears to be the "fleur-de-lis" mark. The top of the mark is a crown, immediately below is the O on top of a stylized H, for Hermann Ohme. This mark generally has "Silesia", "Germany" or "Prussia" beneath it.

The first example below shows several of the other type of marks. The blank or mold mark is "Clairon", it also has an Old Ivory line mark, a pattern number 11 and the script is likely an artists mark. The second example shows another style of Ohme factory mark.

The pattern generally refers to the decorations applied to the blank. In Ohme Porcelains, this includes filigrees, decals, hand painting and border decorations. Decals are the most noticable component of a pattern and flowers are the most common, though fruit, fish, portraits and others were also used. 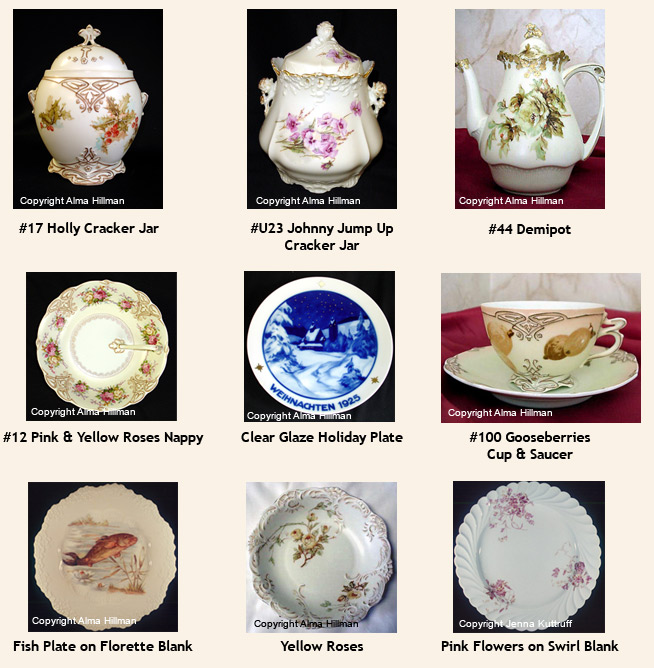 The gold filigree should be bright and shiny completely around the circle of the plate/bowl.  If it is worn, or even gone, the value of the piece to other collectors is definitely reduced.  If you simply love the piece, then the condition of the gold filigree may not be important, but the value will probably never increase. The chart below displays the different values given to the condition of the gold filigree.  Gold in the center of the plate/bowl that is bright, shiny, and complete will make the piece more valuable. 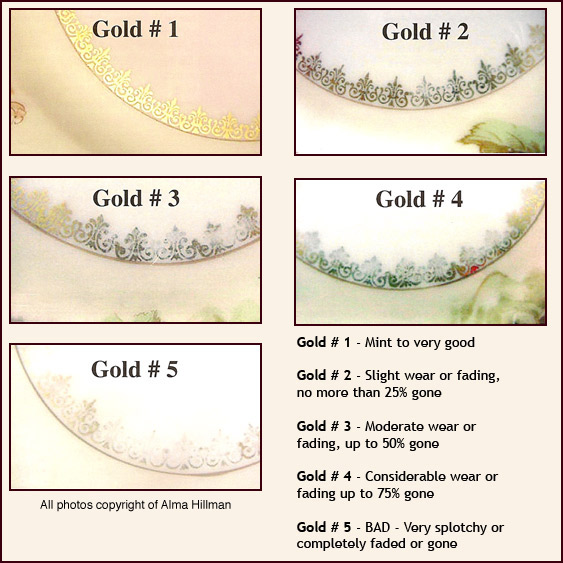