Old Ivory China and Ohme china are beautiful porcelains produced by the Porcelain Manufactory Hermann Ohme between 1882 and 1928. The factory was located in Niedersalzbrunn, Silesia, Germany (now the town of Walbrzych in Western Poland).

The Ohme factory produced two major types of porcelain, which are generally referred to as clear glaze and Old Ivory porcelains. Both lines of Ohme Porcelains were produced in full dinner sets and multiple accessories similar to those produced by the Haviland Factory in Limoges, France, during this period.

Major ports of entry for Ohme China into the US were Portland, Maine, Boston, Mass., and New Orleans, Lousiana.  The Old Ivory china was originally marketed in the retail outlets as affordable fine china and elegant dinnerware.  Later on it was utilized as free promotional gifts.

There is little documentary information that has been found on the Ohme Porcelain Manufactory. Most of what is known about these porcelains has been derived from the surviving porcelains themselves, particularly the blanks and patterns that were produced by the factory. The Society has an ongoing research program to catalog the blanks and patterns that were made by the Ohme factory, as well as a search for documentary materials, such as newspaper and magazine advertisements, and trade catalogs.

The Society would appreciate hearing about any such information that might be available. Please Contact Us if you can help our research efforts. 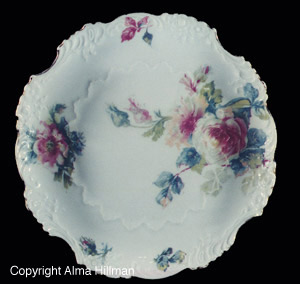 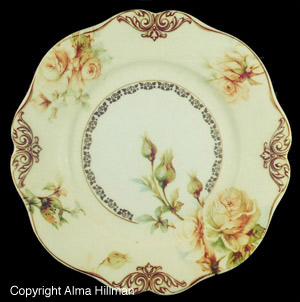