Do an ebay search for "silverite" in the porcelain and glass category and you will find examples of Ohme silverite. Below are some Ohme Silverite pieces I purchased on ebay for this article. 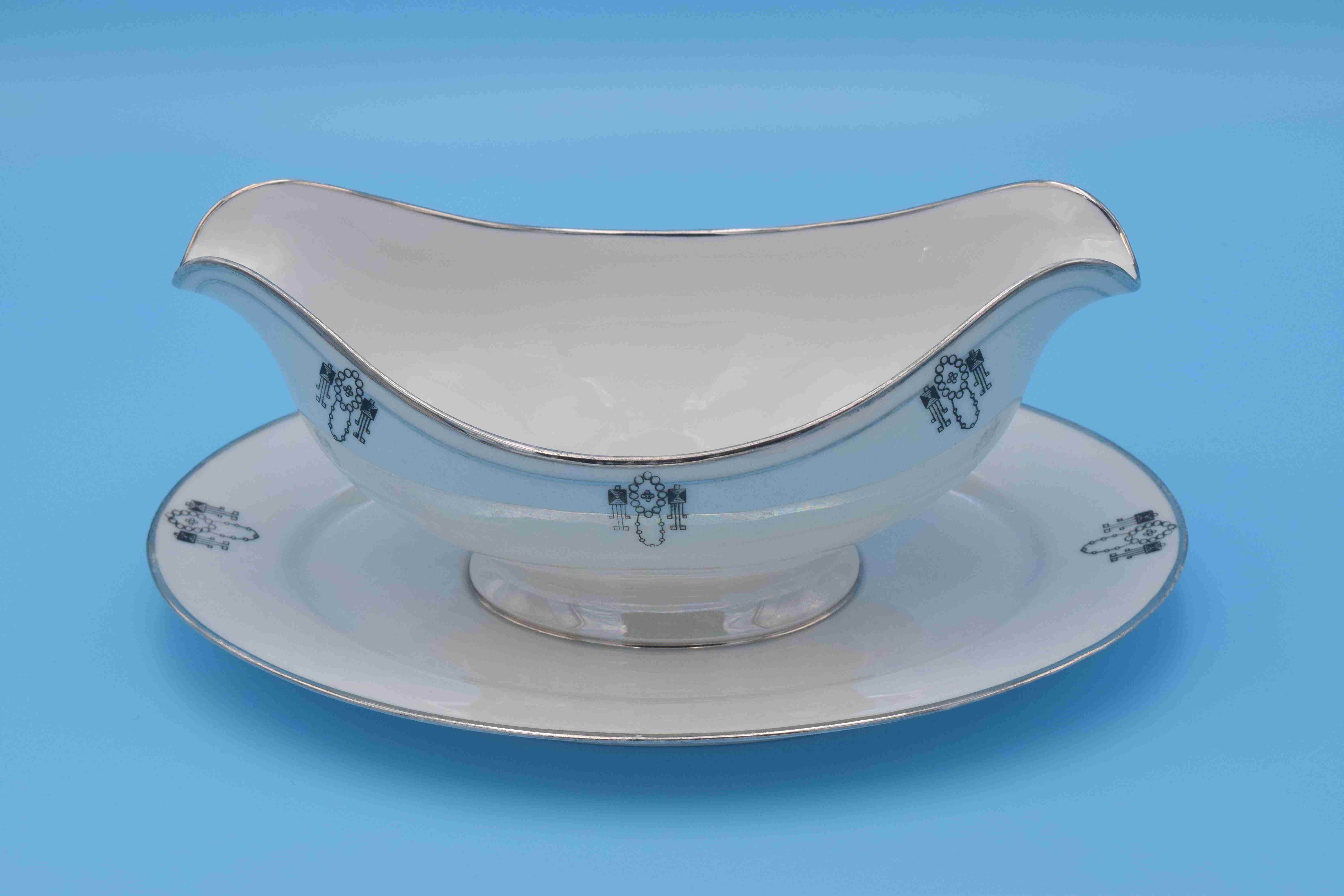 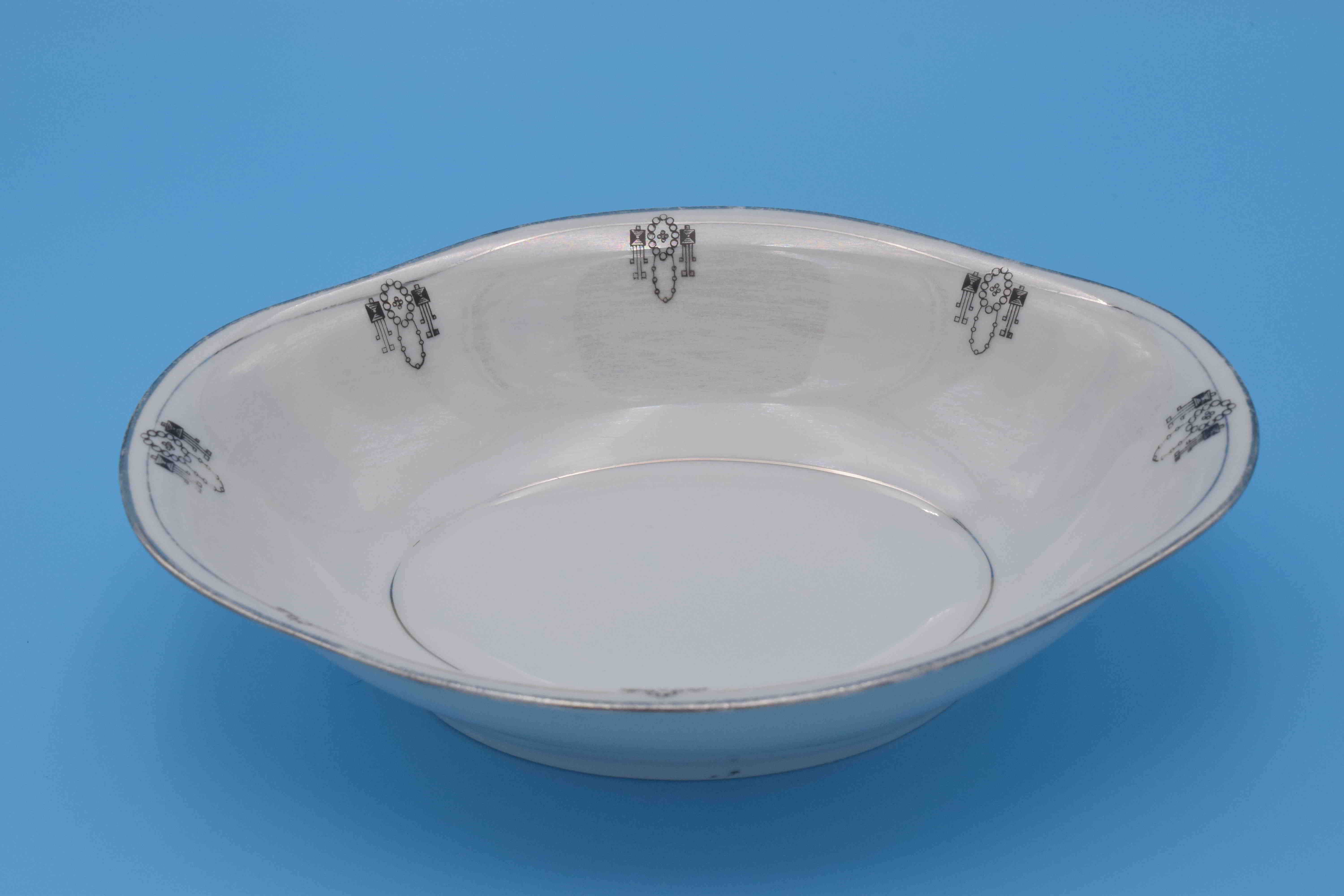 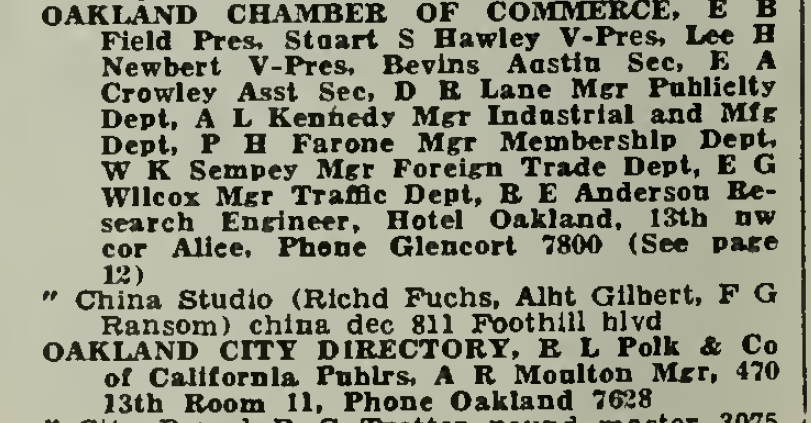 And here's a photograph from Google Earth showing the current building located at the 803-815 Foothill Blvd address. 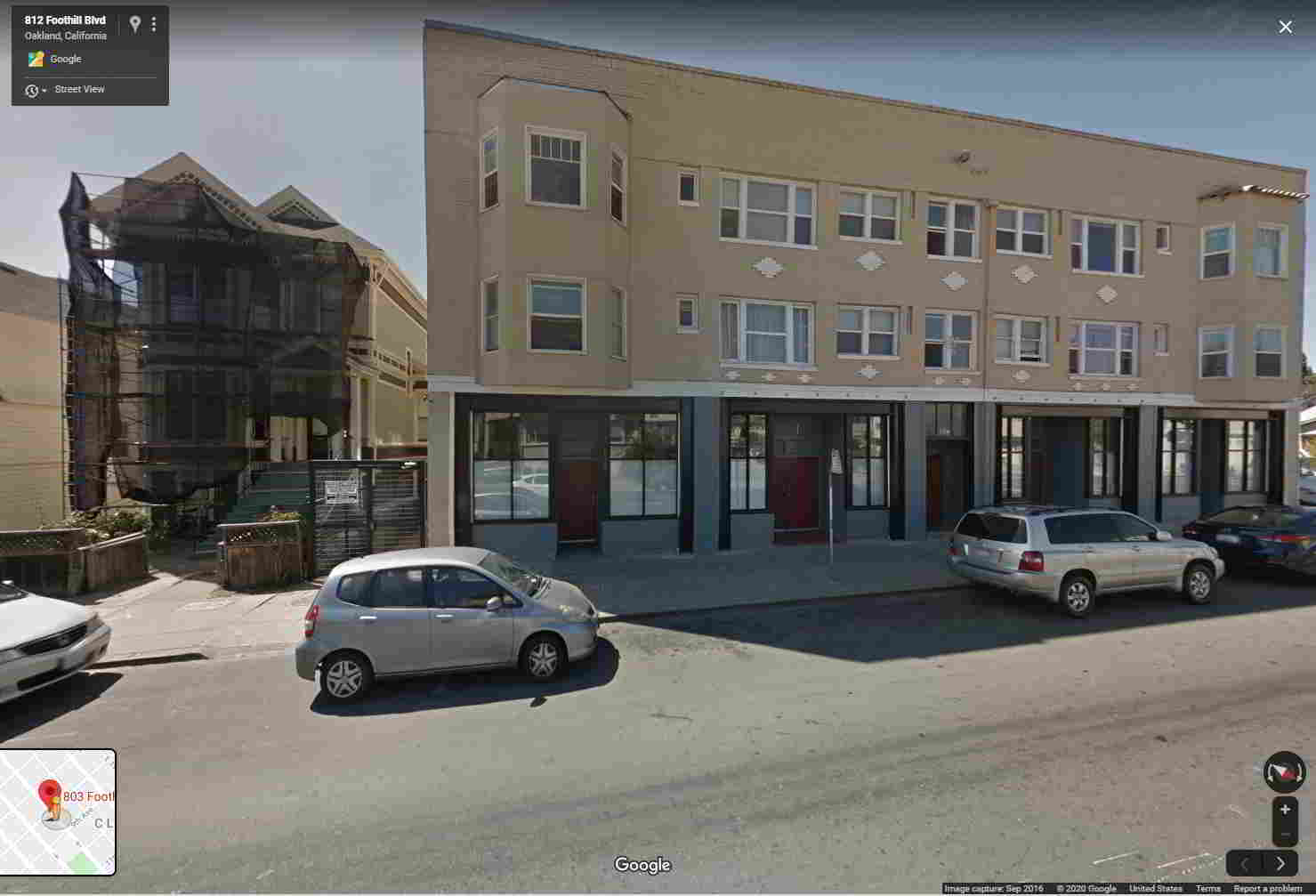 As indicated in the business listing, the company was a china decorating studio. Referring to the company's Oakland facility, a 1926 issue of The Jeweler's Circular states "this large plant, located in East Oakland, has a line which consists of over 230 designs in hand-painted china. Richard Fuchs, founder of the studio, invented and patented the Silverite China method, used to apply sterling silver [sic] to chinaware".

The Fuchs patent describes a unique method for decorating china patterns that is described in more detail below. In addition to decorating Ohme blanks, the company also decorated pieces from Rosenthal, Hutschenreuther and Tirschenreuth, Schumann, and others. I think I may have even seen Silverite-decoration Limoges. Pieces from different makers were seemingly often mixed together to make sets of china.

Richard Fuchs founded and first incorporated the business in Nevada in 1925. Mr. Fuchs was from Oakland and the company conducted its business in Oakland. I know the business was in existence into the 1970s, but I don't know when it finally closed.

Oakland China Studio received a federal trademark registration for SILVERITE in a stylized form on an application filed November 3, 1928: 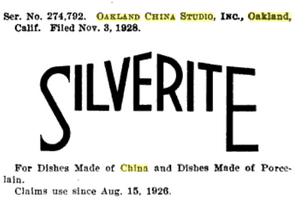 The SILVERITE trademark was commonly placed within a shield. The company's name was sometimes included as a separate trademark.

Mr. Fuchs received US Patent No. 1,593,869 on July 27, 1926 titled "Applying Design or Pattern to Chinaware." The patent discloses stamping a pattern on the china with an adhesive, applying powdered paint to the surface of the china to adhere the powdered paint to the adhesive, removing the excess paint from the china, and then firing the china. I am going to copy the description of how the pattern was made from the patent (feel free to skip!):

"In the preferred method of reducing to practice my invention, I take a plain piece of china, such as a saucer or plate, and first apply a coat of mother of pearl in a manner well-known in the art whereupon the dish is fired in a kiln at a temperature of about 2720° F. After the dish has cooled off again I proceed to apply the pattern. For this purpose, I secure a rubber stamp with the desired pattern. I then take lacquer and spread a small quantity thereof on a smooth plate, preferably of glass, and scrape the same back and forth with any handy tool, such as a putty knife, until a very thin film of the lacquer is formed on the plate. I then press a rubber stamp on the plate whereby the projecting outlines of the pattern are coated with the lacquer. The same is then impressed upon the china leaving on the latter a configuration corresponding to the pattern. This configuration is barely visible to the eye.

I now take a powdered paint which has been previously treated with a flux and scatter the same over the pattern on the china, wiping the powdered paint into the lacquer by means of a soft brush, a cloth, or cotton or the like. The pattern now shows up very distinctly and if the film of lacquer has been made sufficiently fine, the outline will be exceedingly clear and distinct in the minutest details. The china may now be wiped off to remove surplus of paint, whereupon it is fired in the manner previously described. The pattern thereby becomes a permanent part of the china."

The Ohme pieces pictured above and what I've seen online are decorated in the COLONIAL pattern, shown below in close-up. Another common pattern is the GOTHIC pattern; I've seen (again online) Rosenthal pieces in this pattern but I don't recall seeing Ohme GOTHIC pieces. 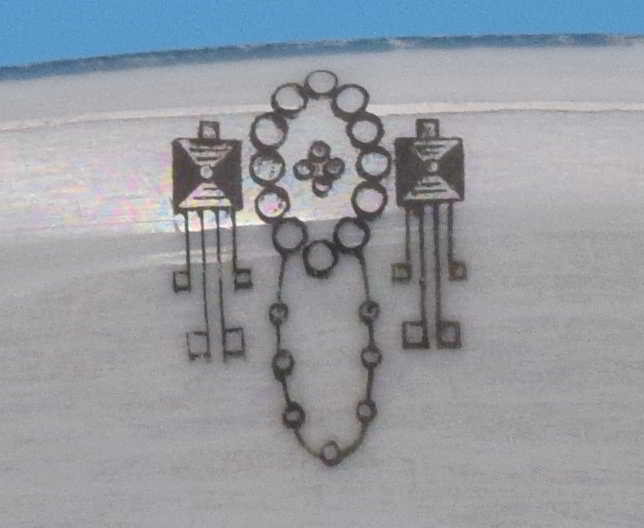 Also interesting is that a coat of mother of pearl is first applied to the porcelain. Look closely at the Colonial pattern above and you will see the colors from the mother of pearl finish. I've always associated Ohme Silverite as being in a pearlized finish and now I know it must have been a favorite of Mr. Fuchs - or perhaps helped to adhere the adhesive to the porcelain.